I couldn't watch the streams for very long. There was a lot of pain in them. Not sure how many people are gonna take Facebook up on their offer of safe harbor; I'm pretty sure I saw people streaming the Twitch account creation process live on Mixer. Here was Grob's take: 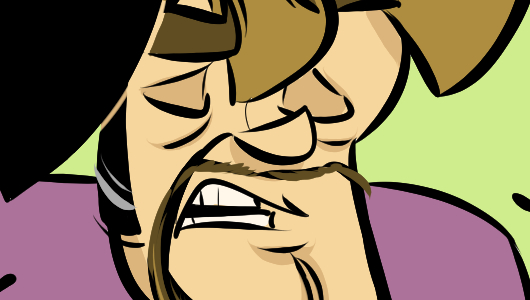 Excited to announce our new partnership with the Sarlacc Pit.

Coming up now, trying to create work and put yourself out there, it's all on someone else's channel. Someone else's service. I have nothing but sympathy for the people dislocated by this shit, people who actively chose a service that limited their careers out of a kind of faith that they were being met in the middle. I feel like there had to be a more humane way to do this. I keep waiting for one of these places to prove there are human beings working there.

Hardspace: Shipbreaker is a game I saw at what I've come to think of, perhaps with an excess of drama, as The Last Convention - PAX East, 2020.

From the main entrance, just to the left of the main Show Store, I typically go straight down the escalator and cut all the way back through the main hall to the Indie Mega Booth. I gotta see what they're doing there. But there are veins forking throughout - always gotta check in with Ysbryd and Yacht Club, anyplace that starts with Y really. But kitty-corner from Yacht Club was Blackbird Interactive, showing off a game where you cut apart and salvage Homeworld-looking spaceships.

That's not, like… a hundred percent wrong. There's a lexical journey I won't be spending a lot of time on, fascinating as it is to me exclusively, but Blackbird is essentially a cutting from Relic Entertainment, which you know to be the progenitors of the Homeworld series and also, to my mind, the coolest RTS games - Company of Heroes of Dawn of War. Via a sequence of novel events that lead to Blackbird's spiritual successor to Homeworld becoming an actual successor, we have reached a juncture now where the name of that spiritual successor is echoed in Hardspace: Shipbreaker.

The very small amount of context they've executed so far in the Early Access version is… pristine. I don't want to say much beyond that, except to suggest that the game is at some level a playable version of the song "Sixteen Tons." It's a game about living in a kind of scuttling yard, cutting massive ships into chunks. Ships vary in size, but they're all held together by joints I can cut one at a time, until - and I've seen this - it all starts to float a little bit apart. I'll attach a few Tethers to the entire cockpit and have it pull clean off, dragging the whole thing away. There's nothing like cutting the clamps off the wall that holds the reactor and watching it just… drift out, framed by a growing starfield. I feel like I'm pulling off a heist.

When you've developed the proper mindset, when you know the basics of performing this work safely and efficiently, it's a specific matrix of brain chemicals I haven't experienced since the understated, meditative Zen Bound. The difference is that if I completely give over to flow in Zen Bound, the worst thing that can happen is that a tiny wooden bird will be painted. In Hardspace: Shipbreaker, a momentary lapse like this can result in a ship decompression event that sends a three-ton aluminum plate clean through my ribcage. And yes - technically, that will simply result in another clone of me being released, which I'll have to pay for. Throw that on the billion I already owe.  Even with a full awareness of such a thing, I suspect the moment itself is still, you know.  Suboptimal.