The first hot arc of cat shit struck at midnight. 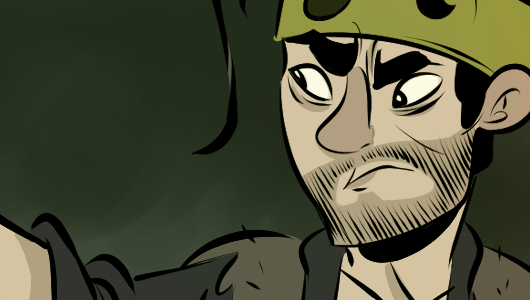 I don't know if you've ever seen Blade Runner. It's pretty good. If you have, the hot cat shit is the glittering C-Beams and the deepest, darkest, most difficult portion under the bed to reach is the Tannhäuser Gate.

The whole thing happened again at 7:30 this morning, the cat jumped up high on the bathroom door and kicked off, crafting a rank sigil in this unholy new medium. He was running fast, shitting now on an industrial scale, breaking records. All the KPIs correlated with this cat's haunted ass were moving north. The smell, which we came to call The Wytch's Ghost, offered faint but still real resistance; it could be parted gently, like a beaded curtain. Ultimately, we were able to guide this vile new form of lightning outside. I had already cleaned it up at midnight, which involved the solo shifting of a bedframe that must have been over three hundred pounds while still mostly asleep. Brenna took the "morning shift" for this job nobody applied for and, having rinsed off those parts of my mind exposed to the phenomena, I cocooned myself on the living room couch and tried to dream a world without shit.

I saw the really long gameplay demo for Ghost of Tsushima and thought to myself, "I bet this map has a lot of icons on it." And it does. But as we describe in the strip, it also has some softer touches and does a lot to invite you in.  Gabe's all in on it and that's not typically his thing at all.

Unfortunately for them right now I'm playing Satisfactory and that's what I want to play. It just hit Steam in Early Access after a run on EGS in the same state, and it's quite playable even in multiplayer. There are a lot of games about automation and efficiency, I feel like ol' Zach might have been ahead of the game again with Infinifactory, but Infinifactory didn't have multiplayer - Satisfactory has multiplayer and is Very Orange, something else I liked about Infinifactory. Right now I've been utilizing a lot of Brute Force to solve my production issues, with occasional flashes of true understanding, and like all of us I'm just trying to increase the ratio, slowly but surely, toward the latter.