The school district has granted us access to a nightmare warren of a website, topped by a ring of teetering plinths which gesture at a God that died a thousand years ago. It works differently on every device you use to view it, and has a fey sorcerer's mercurial air. One thing I was able to extract is that the only people making their kids do any of this shit were like… us, and one other person. 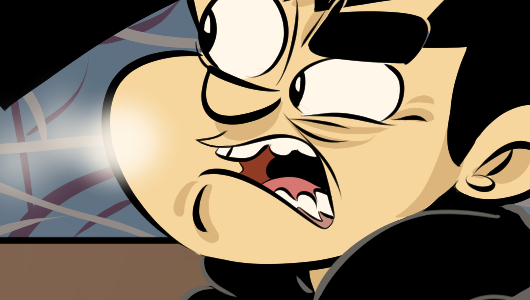 Assigning an elaborate Powerpoint project to an eleven year old in the world we are cursed to inhabit is really just assigning me an elaborate Powerpoint project. It's fine, I don't care that much, but it's okay to assert the bald fact of it because managing these powers and points is what I was doing all morning. I told Gabriel about this state of affairs, these timed detonations of homework calculated to rob us of peace, and even over Discord I could hear a sharp intake of breath. Revolutions are founded on less.

Are you ready for the Act III callback? The only reason it was assigned as a project over the break was because nobody did it! And that includes us, which means that should savvy, strategic omissions just this side of outright falsehood ever become an Olympic sport I believe we've got the future of the field right here in this house. The upshot is that if anybody needs to know anything about Juan Ponce de León, I have essentially become a database.