Before we go into anything else I want to emphasize something at maximum volume. I already made a big deal out of the fact that Gunfire Reborn - a game at the crossroads of every salient trend in the industry - was only twelve fuckin' dollars. Except now this twelve (fuckin') dollar game is on sale for nine dollars and forty seven cents! You could buy four of these, which is the correct amount, and give them to your friends. It's recently been approved for medical use as I understand it, for pain "caused by (or related to) consciousness." 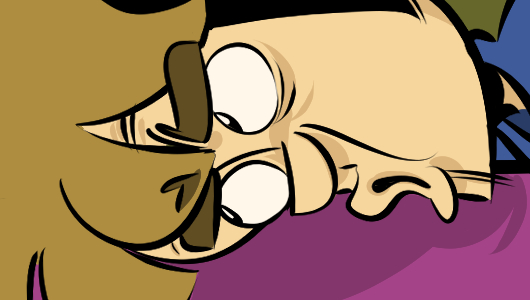 Gabriel was advocating that we accomplish useful work, and I disagreed. And I advocated against it so thoroughly that this advocacy became the strip. Essentially what I'm saying is that I'm an alchemist.

Maybe it's always the right time to get into this game, I wouldn't know, because I am teh nubs. But like a week into my torrid affair with this shit they released a new character apparently based on metadata about my playstyle because it just takes everything I want to do naturally and rewards the fuck out it.

The Dog character you unlock is about dual wielding, which recommends against sniper rifles, and the Bird character you unlock is based around melee, which I'm told is the opposite of sniping. The cat you get at the outset can be built as an effective sniper, which is what I was doing before, but unlike the cat the new character - which I think is a white tiger but could not guarantee it - can transform their sniper shots into bolts of lightning that strike unerringly from the sky. These bolts can, as you see fit, strike additional foes at the impact site or - if you are feeling cruel - tie into your Secondary Ability, queuing up lightning bolts that chain out from the target to as many foes as you have it set up for. You can also make it so anyone struck by these Chain Lightnings becomes tied to one another in a malevolent circuit, sharing up to 100% damage through the network. It's social media, basically.