When I read that E3 was allowing "fans" to attend the show, and not merely those ostensibly associated with the journalistic edifice, I was like… well, yeah. I've been doing that with PAX for a decade or so and it's worked out pretty good. But fans means something very specific in this context: it means people invited by the exhibitors directly. Which gave me a second opportunity to say "well, yeah" in an incredibly short span of time. 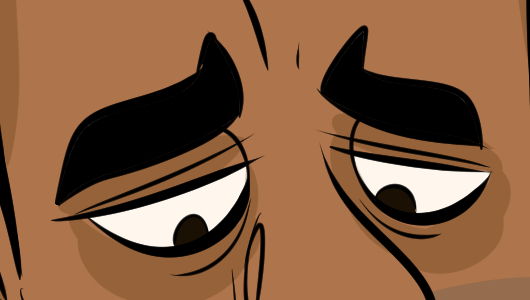 Two things are sort of happening at once, and it's fascinating. I have described the process of enthusiast media organizations as being one where we gradually get down to "media organizations" consisting of a single person. The current media environment in one in which trust is the only currency. Well, that, I guess, and currency. But the atomization of media happened along with the fact that the traditional media food source - advertising - was dying also. It isn't just hard out here for pimps. It's difficult even for those who filled out "Never" or "Rarely" on the Pimp Assessment Battery (PimAB). The ground is froze; you can't get a shovel in.

For years, I would gin together the most legitimate sounding shit I wrote in the last year, put a byline on it, and send it in to E3. Then I would wait to see if passes arrived, which they typically did. There has always been a way for the enterprising quasi-journalist to get into this show; I thought operating a scam of this kind was sort of the price of admission. But you can't really read this any other way: this is what it sounds like when doves cry, if the crying of doves represented a metaphorical changing of the guard. There has always been a fear of this petulant media, commensurate with their perceived power, and I have to say that the ramifications of this are savory and eat like a meal.