How HBO has remained a thing of value from cable to VHS through the digital age is a topic worth investigating. By, like, a smart person. I'm not gonna do that. 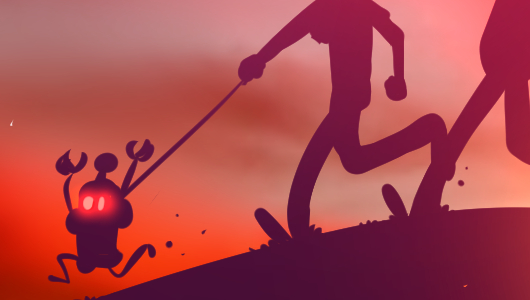 I sure as shit never had HBO. In the same way that paying for Cable is starting to seem kinda of weird, there was a period before where paying for Cable was weird. A friend who had HBO and could record shows was worth their weight in gold, and it was worth putting up with a lot, even if they only liked hockey and hockey was the only acceptable topic of conversation. There are also hockey cards! Didn't know about those. Having HBO and not having VHS (or, you know, some other mutant) was like having access to a continuously operating content factory with a gigantic hole at the end of the conveyor belt. HBO is now known primarily for globulous teats, though it must be said that these teats may be from any time period, so there's sort of an educational thing happening there. But Jim Henson dropped some legendary children's shit on there back in the day, I remember it well, because parents would leave you in front of one of these shows and then come back to collect you, and in the intervening period the content had become something very, very different.

In any case, teaching kids which one is "four" and what a square is has sorta been mined out. I think it's time to teach our youth about malevolent oligarchs and their troubling meditations on impermanence or whatever.

I try to play freemium games carefully, but I only really play them on mobile or on PC for some reason - their encroachment on the console has been mostly invisible to me. For a long time, they weren't really welcome there, especially on the Xbox. I think my usage pattern is analogous to Watching "Television" or Watching A Specific Show. I don't browse on consoles the way I do elsewhere - I sit down to play something very specific. I make "toast" with my toasting "appliance" and then I turn it off.

My understanding, though - second and third hand - is that console players like these options. And when I say they like them, I mean that they are throwing handfuls money at them. The hardest part about operating your free to play game is getting people to make that first purchase, which is why it's injected into the very meat of the tutorial. People make fun of today's grand, one button interactions: things like Press A To Pierce The Veil That Separates The Self From The Other. But if you're able to mount your assault on console with a freemium title, and get all the way through that briar maze, these boxes are one-stop shops with all inclusive digital accounts as an assumption. You aren't even typing in a password. It's like Press A To Climb Mount Everest.

I've never been able to really get going on PC Smite, despite my best intentions, which has made its rise utterly opaque to me. World of Tanks, also - it's another PC game I keep updated on the off chance I will someday get back into it. Both seem to be going strong on Xbox. I'll see if I can get Kiko to come with me in a reprisal of our old scouting days. It'll be fun to find out what they're calling people who lose the game for your team these days, though I have a suspicion such monikers are evergreen.

Big Pinny Arcade update later today, and those who have not yet succumbed to my cohort's devious machinations should steer clear of it, because I have seen this set and it is like unto the kindling which heralds the blaze. You can get ahead of the game by checking out my "Pinny Arcade News Onslaught" that goes over some new stuff that you might enjoy. Originally I said that it might "get your dick plump" or "engorge your shit"; decided to walk it back. 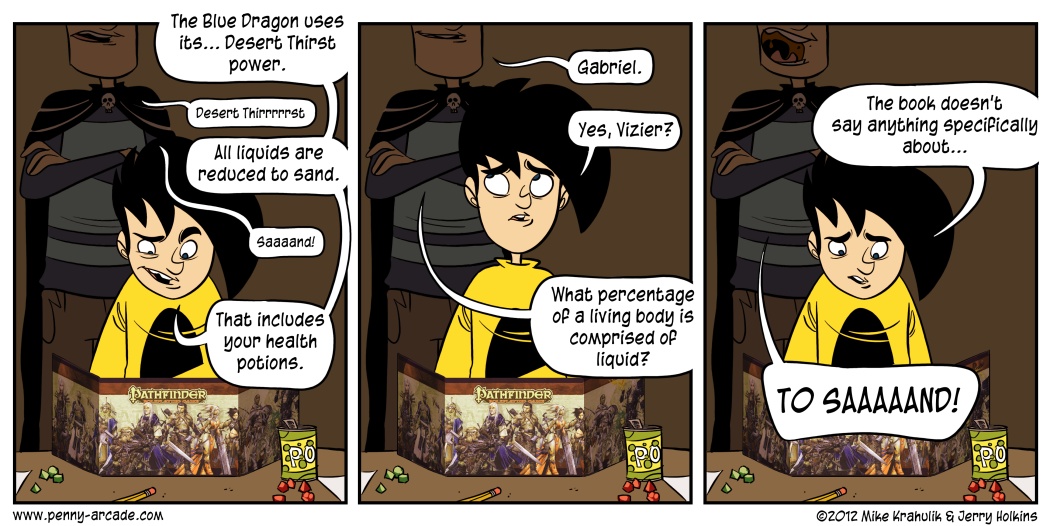