The sucker in this strip is actually me; I can't go to shit like this anymore because if I see an earnest motherfucker operating a micro-cidery from inside of a haunted-ass dumpster, I'm going to buy as many reclaimed cat skulls full of cider as they have on hand. 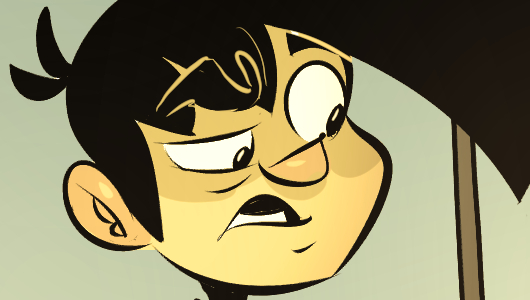 I have been to every PAX, so I am not unfamiliar with crowds; I was at PAX 2006, at the Meydenbauer Center, when the crowds became a single organism and began to worship a ball. It was scary, as it is whenever one is present at the genesis of a cult, but it was a kind of scary that I could tuck into my existing understanding. Somehow, the crowds which occupy those market streets like an invading, artisinal army are distinct from the undulating ur-creature described before; the movement of the individual entities is erratic, and unknowable, to the point where I think it's actually a scale model of some nanoscale phenomenon.

My favorite thing is to learn something new. This is something games provide with regularity. Part of the reason I'm not as detailed as I could be here is that I don't want to take that from you. But I think I might be wrong: for one, I may value the initial electrical arc of new information differently. For two, maybe learning it from me gives you that sensation anyway. I wish I could give you a third thing. That would really round this shit out.

I saw a round of a wargame called Infinity played over the weekend, and I've been thinking about it a lot in the interim. The next time I get on a table, it's most likely gonna be Warmachine Mk III, but… God Damn. I'm thinking about this shit right now.

I will say that it, uh, needs a lot of tokens. Like, a lot. I would say that it requires a comical amount of tokens. But what kind of game does it enable?

Kiko had a unit in his Warmachine army that could interrupt your shit. He would say "SHOT" when you were playing and it was annoying. Generally, it's a game where one person goes and then the other person goes, like checkers, if the checkers were wizards with axes. The takeaway as an Infinity neophyte is that Infinity has a much more iunteresting simulation of time - actions called AROs define how opponents can react to your actions, and the ones I saw on the table were getting resolved by opposing rolls. I shoot at you, but you don't just sit there and get perforated while you iron a doily. You shoot back. Not with the full force of an action on your turn, but you respond in kind.

And depending on how that goes, you might interrupt my original shot altogether. When I attack, I need to roll my target number or below to succeed. But I want to roll as close to it as possible, because if I need a 16 or lower, and I roll a 12, you need to roll between those to beat me.

Maybe the numerical range of your skill doesn't allow for a good chance at that threshold. You might still crit, that is to say, roll your actual target number. If I have all hits on my dice, but no crits, you beat me.

They're like movie gunfights, setpieces; that dude with the sidearm, the dude I brought because he's a kind of Wi-Fi sorcerer and not because he's good with guns, maybe it's his day. Maybe he's the guy when he hits that target number, and the drama plays out with such an incredible elegance. What I love about game systems in general is how they endeavor to retain the texture of larger, gross motor systems, but small, very small. The shape, and the resonance, is maintained.